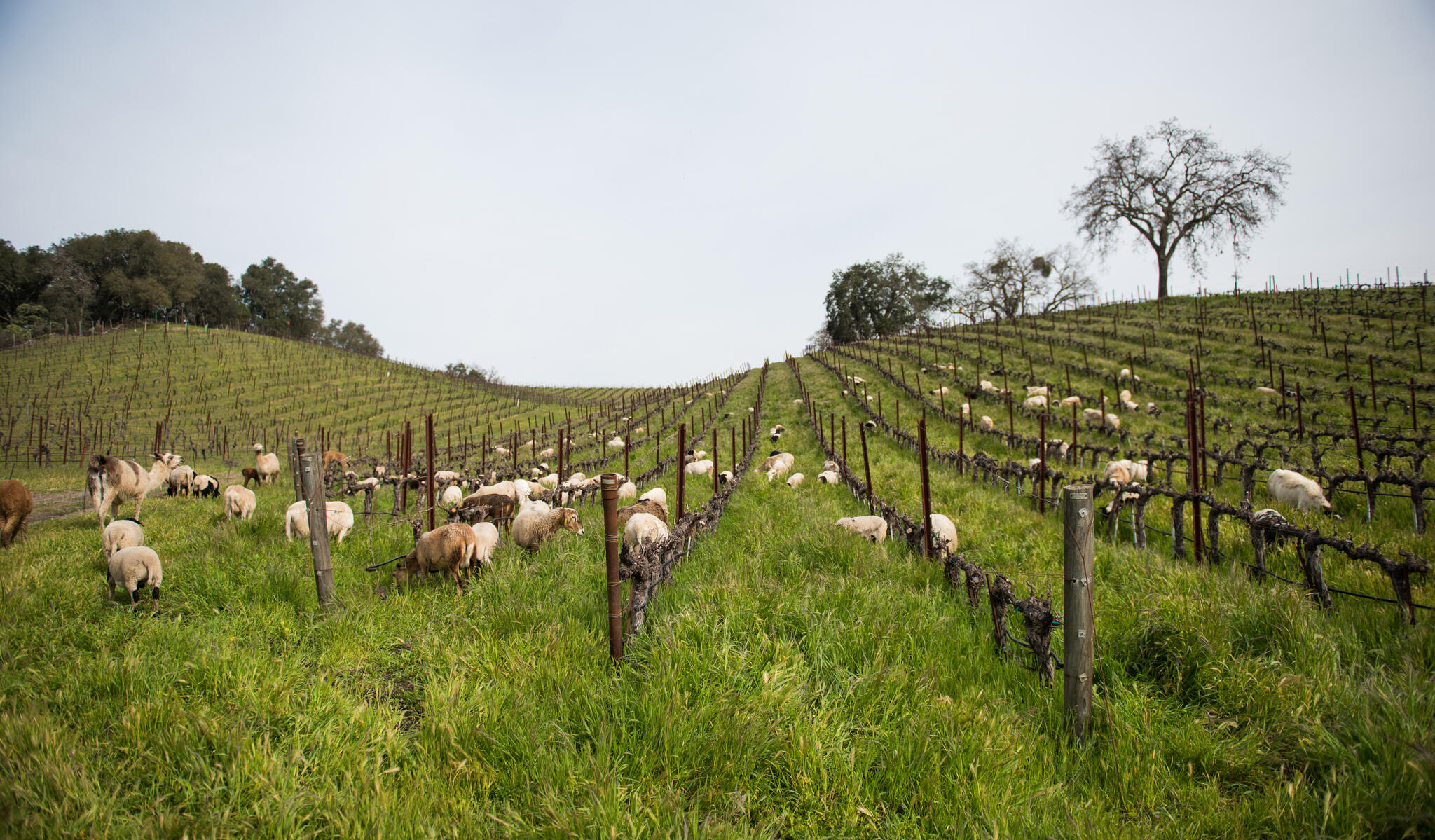 Tablas Creek is the realization of the combined efforts of two of the international wine community’s leading families: the Perrin family, proprietors of Château de Beaucastel, and the Haas family of Vineyard Brands. Equally owned and run by the two families, the partnership begun in 1987 remains today as ever, even as the next generation of Haases and Perrins have stepped into leadership roles over recent decades.

The Tablas Creek Vineyard 2019 Esprit de Tablas is our flagship red blend, chosen from the best lots of four estate-grown varietals propagated from budwood cuttings from the Château de Beaucastel estate. The wine is based on the dark red fruit, earth, spice and mid-palate richness of Mourvèdre, with additions of Grenache for forward fruit, approachability and lushness, Syrah for mineral, aromatics, and back-palate tannins, and Counoise for brambly spice and acidity.

This rare Chateauneuf-du-Pape grape, Cinsaut, is propagated from budwood cuttings from the Château de Beaucastel estate.

The Tablas Creek Vineyard Patelin de Tablas Rosé is a rosé blend in the tradition of Provence, produced from three red Rhône varietals: Grenache, Mourvèdre, and Counoise. The wine incorporates fruit from five top Rhône vineyards in Paso Robles, each vineyard selected for its quality. Like most rosé wines from the Rhône Valley, it is based on the bright strawberry fruit and fresh acidity of Grenache, with additions of deeper red fruit and structure from Mourvèdre and spice from Counoise.

The Tablas Creek Vineyard Patelin de Tablas is a Paso Robles take on a classic Rhône blend: Syrah, Grenache, Mourvèdre, and Counoise, with a small addition of the dark, smoky Tannat grape. The wine incorporates fruit from several of the top Rhône vineyards in Paso Robles, each vineyard selected for its quality. Like many red wines from the Rhône Valley, it is based on the dark fruit, mineral and spice of Syrah. To that Syrah, we incorporate the brightness and fresh acidity of Grenache, the structure and meatiness of Mourvèdre, the dark smokiness and firm structure of Tannat, and a small addition of Counoise for complexity.

The Tablas Creek Vineyard Côtes de Tablas is a blend of four estate-grown Rhône varietals: Grenache, Syrah, Counoise and Mourvedre. Like most wines of the Southern Rhône, it showcases Grenache, featuring that grape's characteristic generous fruit and refreshing acidity, balanced by the spice and mineral of Syrah, the appealing briary wildness of Counoise and the structure of Mourvèdre.