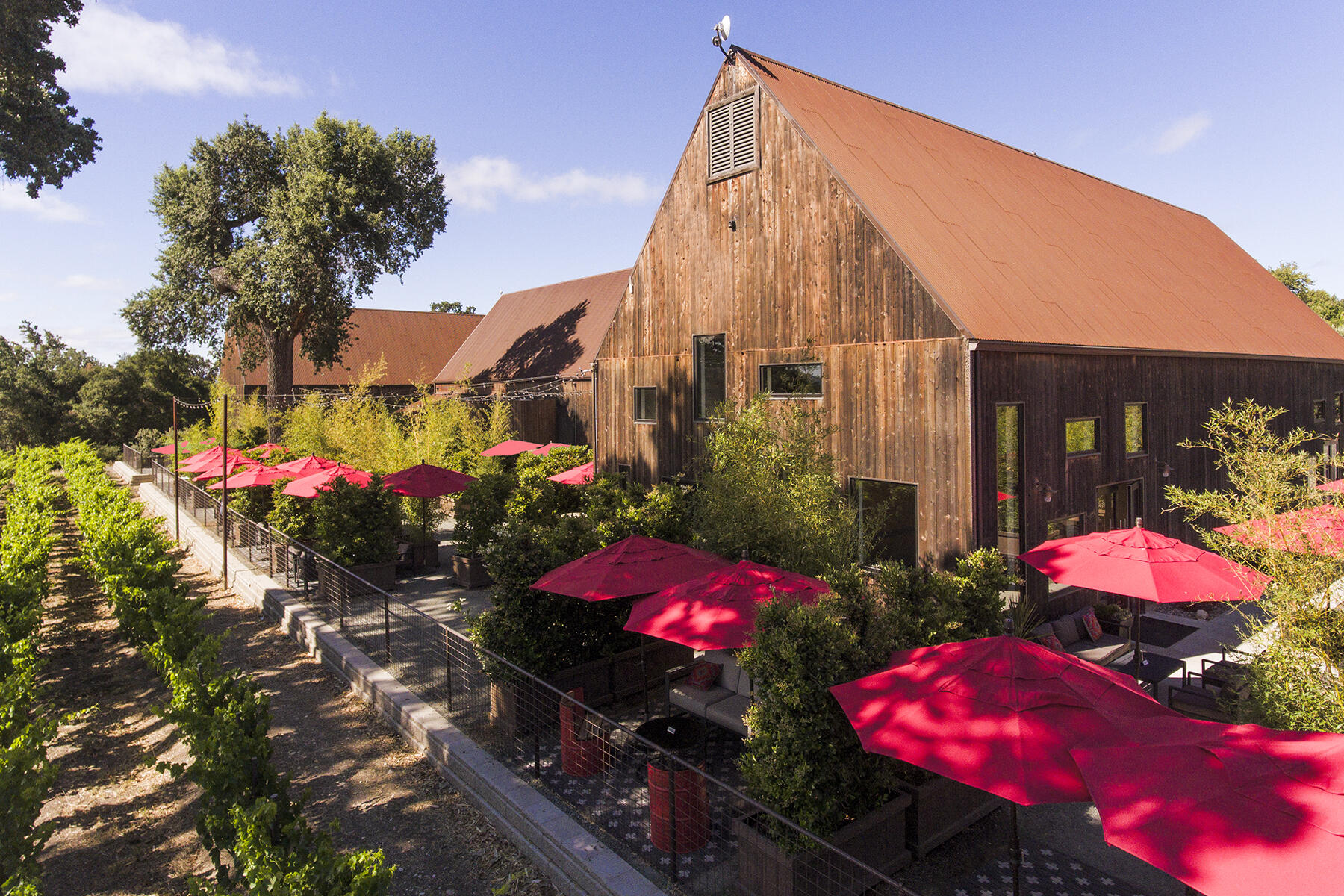 On the nose, sweet tobacco and blackberry aromas continue through to the palate.

Additional flavors of cocoa and plum blend with the fine chalky tannins creating a well-integrated finish to this full bodied wine.

The 2020 growing season and harvest was near normal in some ways and very unusual in others. Rainfall was 12% below average with the bulk of the storms occurring in early winter and early spring. Spring frost threats were mild. Vine growth and berry development was normal through spring. Then, Summer brought relentless heatwaves that lasted for days at a time. Wildfires began erupting throughout the state and the region was inundated with smoke from fires burning both to the north and south of Paso Robles from early August through the end of September. This pattern slowed berry development. October was warm and dry, which helped to quickly mature clusters.

Harvest was condensed and flurried as most fruit ripened at the same time. Yields were down by 20% but initial and thorough testing showed no damage from the smoke and very promising quality.

After harvest, the sole Malbec lot was fermented in stainless-steel tanks for 10-14 days. Extended macerations and carefully managed pump overs enhanced the extraction of color and tannin.

The Malbec was aged for 9 months in 27% new French Oak, 21% twice used French Oak and 52% stainless steel. The lots were racked only once during its cellar life, with the final racking occurring to blend, just prior to filtering and bottling.

Treana is your quintessential Paso Robles Cabernet Sauvignon. From the depth of color and intense nose, this wine is made with structure and purpose. On the palate, flavors of beautiful rich blackberry, warm vanilla, toasted coffee and black cherry are finished with firm but refined tannins. Available at our Tasting Cellar, at your local retailer, or on our website www.hopefamilywines.com

The Treana Red blend continues to be a great source of pride for the Hope Family. Known for its depth of character and balancing finesse, this wine possess enticing aromas of cassis, clove and vanilla bean. On the pallet, warming flavors of dark fruit, burnt sugar and baking spices mingle with a hint of leather. The wine finishes with full bodied tannins that delicately linger. Available at our Tasting Cellar, at your local retailer, or on our website www.hopefamilywines.com

Lusciously rich in color and texture, the Troublemaker Red Blend is a beautiful wine with aromas of dark fruit, black pepper and a hint of asphalt. On the pallet, sweet vanilla, black berry cobbler, fresh currant and our signature splash of acidity create a lingering flavor that is finished with smooth & silky tannins. Available at our Tasting Cellar, at your local retailer, or on our website www.hopefamilywines.com

Quest is a new wine that aims to express the increasingly recognized potential and excitement of Paso Robles. It is a blend of Cabernet Sauvignon and Cabernet Franc that showcases the luscious soſtness and depth produced in our mountainous, oak-studded, maritime-influenced home. Available at our Tasting Cellar, at your local retailer, or on our website www.hopefamilywines.com

We source this old vine Chenin Blanc from a vineyard in the Paso Robles Highlands District. Planted in 1972 by a ranch family that has grazed and farmed the land since 1875, this old vine Chenin Blanc has stood the test of time. These vines are hearty and deep rooted in sandy loam. Available exclusively at our Tasting Cellar in Paso Robles, CA or on our website www.hopefamilywines.com

Our Sauvignon Blanc is a clean pale yellow that pairs beautifully with the Meyer lemon nose and hints of lemon grass. Flavors of sweet lemon curd a touch of vanilla are livened by the slightest hint of uncut jalapeno. This medium bodied white has an inherent creaminess from neutral oak barrels and splash of acid that excites. Available exclusively at our Tasting Cellar in Paso Robles, CA or on our website www.hopefamilywines.com